BSL is Contagious. Speak Up Now.

Despite the positive trend we saw in 2012 (more discriminatory laws were repealed or rejected than passed last year), Breed Specific Legislation (BSL) remains a problem in communities around the world and, as we’re seeing in Maryland and Boston, it’s having a serious impact on families right now.

Here’s what we need you all to know: BSL doesn’t happen in a vacuum. It spreads. Areas that think they have a problem will look to other communities to see what they are doing and then copy their actions. If BSL happens in one town, it doesn’t just affect that town – it spreads beyond city or state borders and affects everyone.

This contagion affects us all, no matter what kind of dog we have. In fact, BSL affects everyone, whether or not they even own a pet.

While it’s true that BSL discriminates against certain dogs and certain owners, it does one thing across the board: BSL jeopardizes everyone’s safety equally.

BSL is not a “pit bull” dog issue. It’s not something that only affects “pit bull” dogs and their families. BSL denies all of us the opportunity to live in a safe, humane community.

There is no “us vs. them” when it comes to wanting a safe community. Dog owners, including “pit bull” dog owners, want to be protected from the reckless few who disregard the laws that govern responsible pet ownership. Discriminating against dog owners because of what their dog looks like will never make for a safer community. Holding reckless owners accountable will.

BSL fails all of us:

Breed Specific Legislation fails us and our communities. Clearly, it’s not just “pit bull” dogs that benefit from putting an end to BSL. Everyone benefits when breed neutral laws, that hold ALL reckless dog owners accountable for their actions, are in place.

It’s in all of our best interests to defeat BSL. We ALL want safe, humane communities and won’t stand for this discrimination.

If you believe that all dogs should be treated fairly and equally, please take a stand.

“Pit bull” dog families and advocates around the country can’t defeat BSL without your help. Please help us stand up for all dogs.

Let’s stop BSL in its tracks. To download a copy of this poster, please visit:http://www.animalfarmfoundation.org/pages/Posters 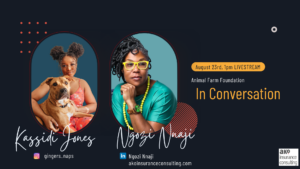 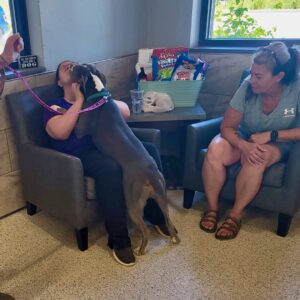